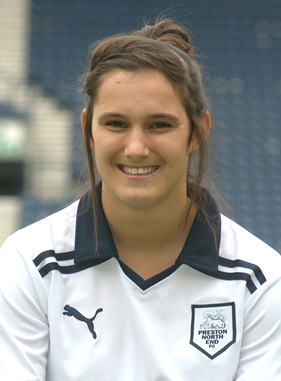 We were delighted to hear that Olivia Millington, who has played for PNE right from Under 10s up to and including our all conquering Under 16s team last season, has been called up into the English Colleges Squad after a demanding three phase set of trials.

Olivia, who is now a student at Runshaw College and plays for PNE Womens 1st Team, will join the England Squad on Saturday 19 January 2013 for their first training camp ahead of the Squad’s first fixture away to Wales at Barry Town FC on 22 February 2013.