Both our U14’s and U16’s became Lancs FA County Youth Cup Champions beating their opponents in their finals at Leyland HQ! 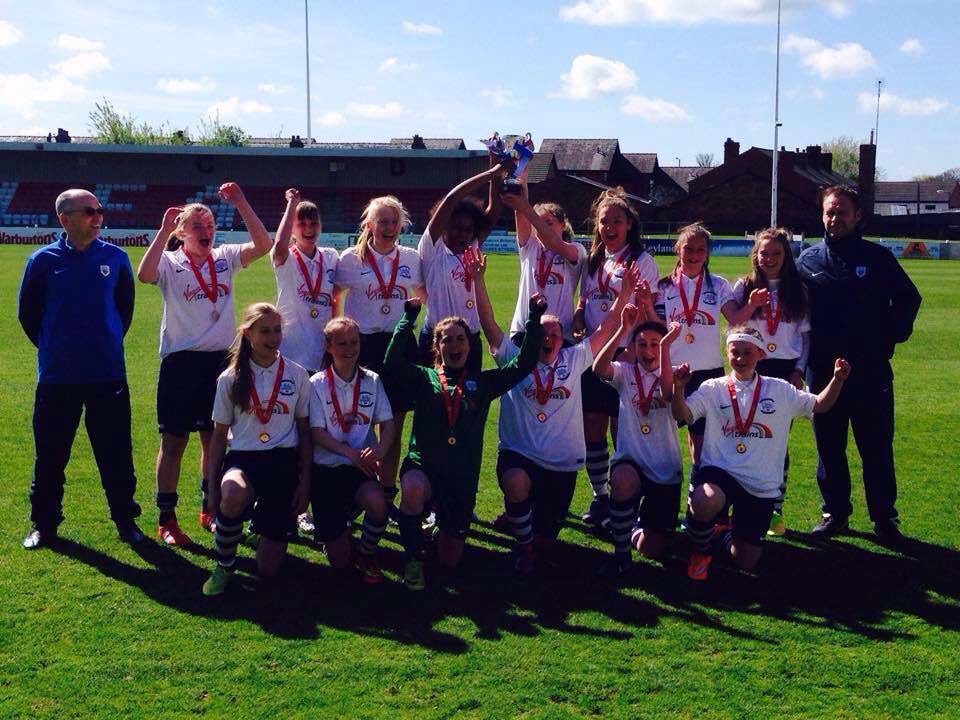 Our Under 14’s came out convincing winners defeating Moston Brook, an unknown quantity from the North Manchester League, 6 – 2.

The under 14’s had started the day with some fantastic news. Results on Saturday meant that they had claimed the U14’s League Championship for the 2014/5 season – the girls unbeaten so far this season with three more games to play! 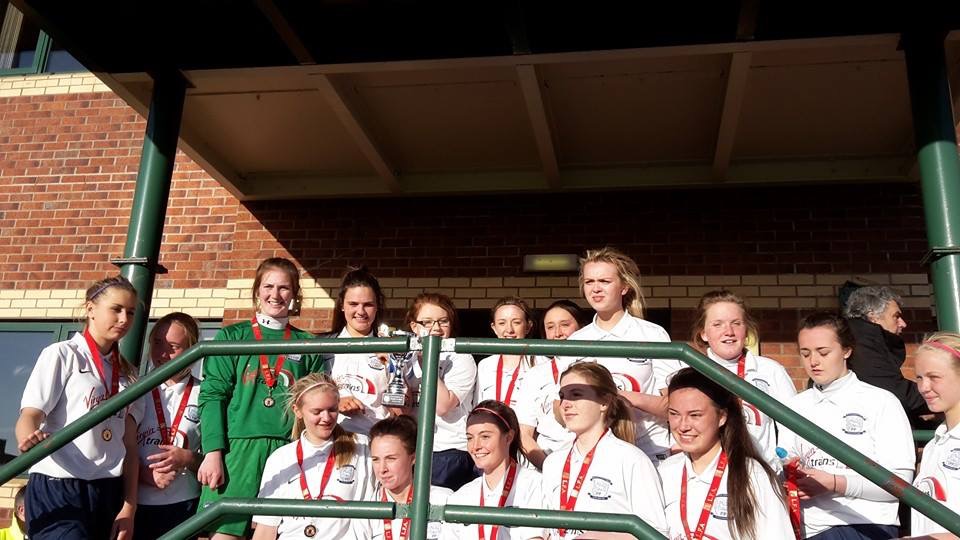 Our Under 16’s, despite a good start by Burnley led 2-0 at half time and ended with a convincing 4-0 win!

Like the Under 14’s, our under 16’s have already sampled success by beating Blackburn CSC 2-1 in the West Lancs Girls League Cup Final earlier in the year. The Under 16’s have one more League fixture remaining in the 2014/5 season before they move on from the junior section of the Club.

CONGRATULATIONS TO BOTH TEAMS!