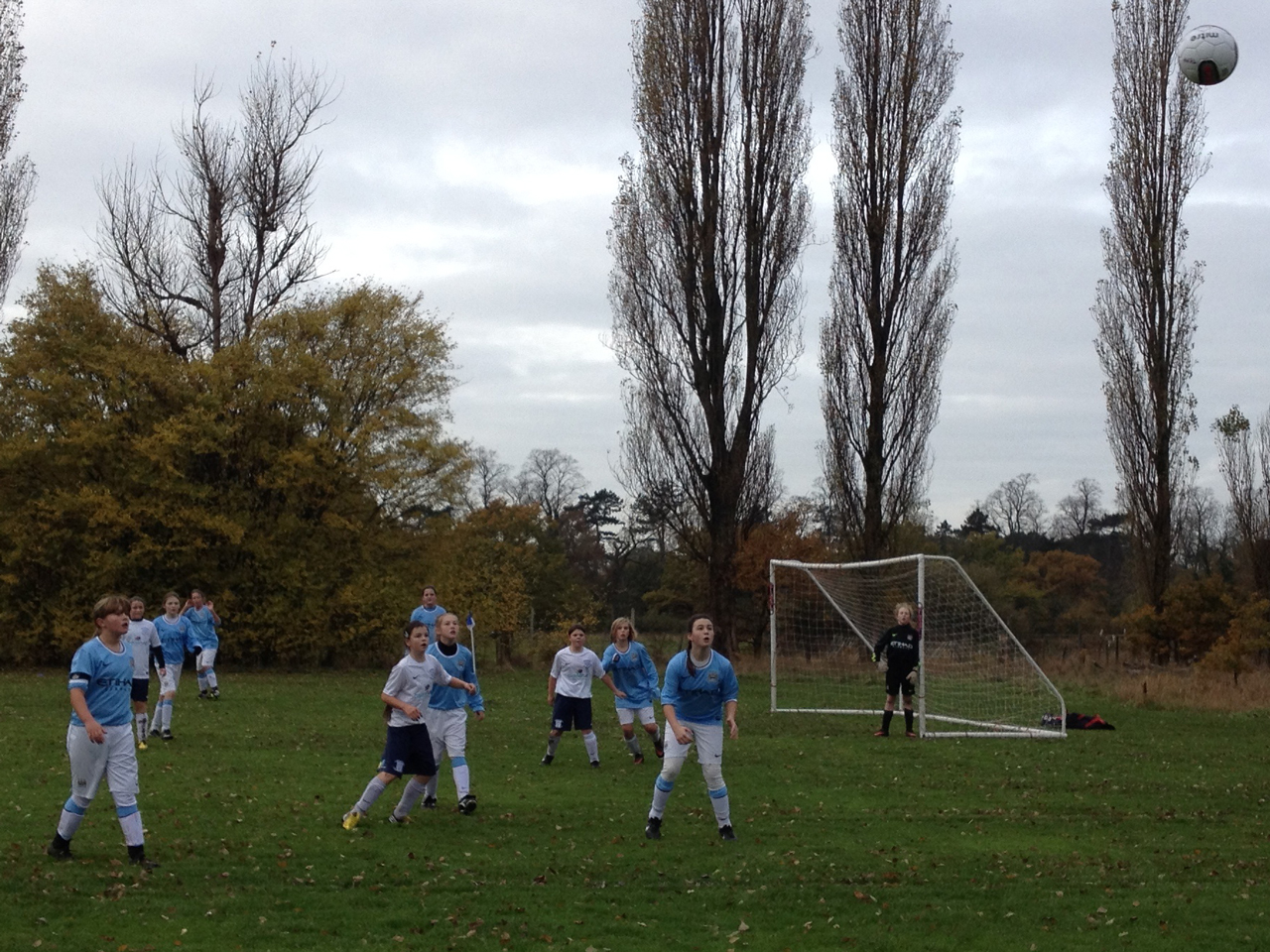 PNE had the opportunity to avenge the 4-1 defeat dished out to them by Manchester City in the cup two weeks ago. The game started well with Preston having the better of a lively first ten minutes. Preston limited City to only the occasional foray out of their half but made few clear-cut chances for themselves.

However their early pressure was rewarded in the 9th minute when Kalantha looked to dribble forward and was deemed by the referee to have been tripped. The resultant free kick from a good distance out was taken by Kalantha and flew over the heads of everyone in the penalty area and over the reach of the city keeper into the top right corner of the net, and Preston had an early lead.

The lead lasted all of two minutes. City put together a good passing combination to release their striker with a through ball which Eve in goal was unable to collect, the city striker tucking away the loose ball. 1-1

Two minutes later and City had a chance to go ahead. Their pressure earned them a series of corners. The PNE defenders failed to clear the third of these and City hooked the loose ball over for a goal kick when it looked easier to score.

Preston were now riding their luck as City pulled another free shot wide of the target, but they always looked a threat at the other end, with Rebecca L crossing from the right, a teasing ball across the face of goal that unfortunately none of the North End strikers could get on the end of. This was followed by an almost identical incident at the other end with the City strikers desperately unlucky not to get on cross from the left. A nicely crossed City corner drew a good header, which went narrowly wide.

Milly was putting in a battling performance and was winded challenging for a header, but with no PNE subs available today, she bravely continued. By now, City were turning up the heat and Keeper Eve was called into action and had to make a couple of stops from long range efforts.

It looked like the girls would be going into the break with honours even, but that was not to be. On 26 minutes, a cross from the left found the City No 10 unmarked in the box and she made no mistake in finding the net. Three minutes later, City played a through ball to their no 10 and a goal seemed certain. However, the striker couldn’t take the ball in her stride and it bobbled loose behind her allowing one of her teammates to shoot. Eve stopped well but number 10 was on hand to tuck away the rebound. Half Time 3-1

Two minutes into the second half and Preston were in danger of capitulating. The City no 10 was once again released by a through ball and only a great recovery and saving tackle from Emily saved Preston from going further behind. However City did add a fourth only a minute later. A long throw from the left evaded everyone in the six yard box and fell at the feet of a grateful City no 2 who, completely unmarked, had the simple task of tapping in.

A third of the way through the second half and with City 4-1 up, the game appeared to be all over as a contest, but that was not the way it played out. Preston seemed to steel themselves at this point and launched a revival. Preston were having a lot of success turning defence into attack with Jenna frequently sweeping up and releasing the strikers with well placed long passes. Lauren put Abbi through and she was unlucky to see her shot saved. Seconds later, Rebecca L got on the end of a through ball from Millie and looked certain to score when the ball was whipped from her toe by a City defender. But the defender was only able to divert Rebecca’s effort into the corner of the net and Preston had reduced the deficit to 4-2. A minute later and Lauren released Milly who again tested the City keeper and Preston were sensing that there was something left in the game for them.

However it was not to be. City put the game to bed in the 40th minute. City had tested keeper Ashleigh a couple of times during a period of sustained pressure and Ashleigh had proved herself more than equal pulling off a couple of good stops. And it was from one such shot that City got the goal. Ashleigh stopped well, and the ball was half cleared by the PNE defenders but only as far as the city No 10 who completed a good hat trick with a shot across keeper Ashleigh from the left.

Preston kept going and in fairness made City work until the final whistle. Milly put in a particularly energetic performance making several driving runs down the right wing, the best of which saw her drive from the half way line as far as the touchline, and as she looked to have muscled her way into a shooting position in the area, the defender was able to push the ball out for a corner which came to nothing. A minute later, Kalantha intercepted a clearance and shot narrowly off target to the left.

With four minutes remaining, Preston were able to notch again. Milly did the hard work with another great run an cross from the right and Lauren was in the six yard box to convert the cross.

Rebecca B had been industrious in midfield all afternoon and did well to free herself from some close marking to put a pinpoint pass at Lauren’s feet but Lauren pulled her shot off target. Yet another run and pass from Milly put Rebecca L clear forcing the City keeper to come out and clear.

City had the chance to grab a 6th in the last minute of the game as another through pass found one of their strikers in space, but Emily again got back well to tidy up.