U15’s Runners Up and Fair Play Award at Great Yarmouth!

Our Under 15’s and Gemma from our U14’s recently competed in the Great Yarmouth Tournament over the Easter break.

They played against 4 teams to reach the final but were narrowly beaten 1-0 to finish runners up, in a game that could have gone either way!

Well done to the girls – they only conceded the one goal in the whole tournament and were also presented with the Fair Play Award at the end of it!

All medals and the Fair Play Award were presented to our players on the Saturday night by former footballer Dean Ashton, ex England Crewe and Norwich Player.

Lots of pictures of the tournament and the presentation can be found in the Gallery. 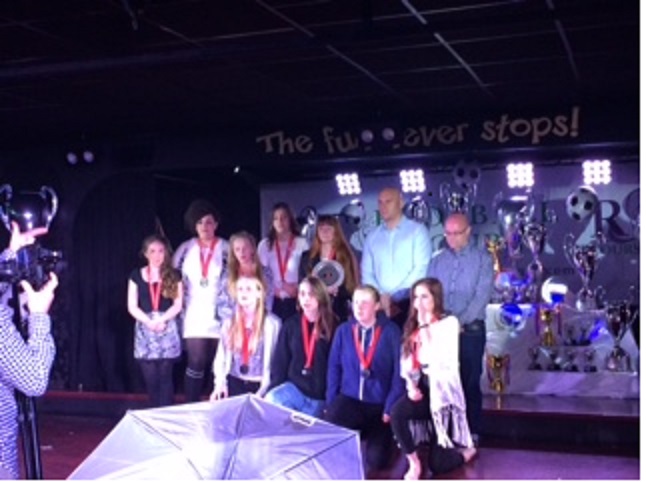