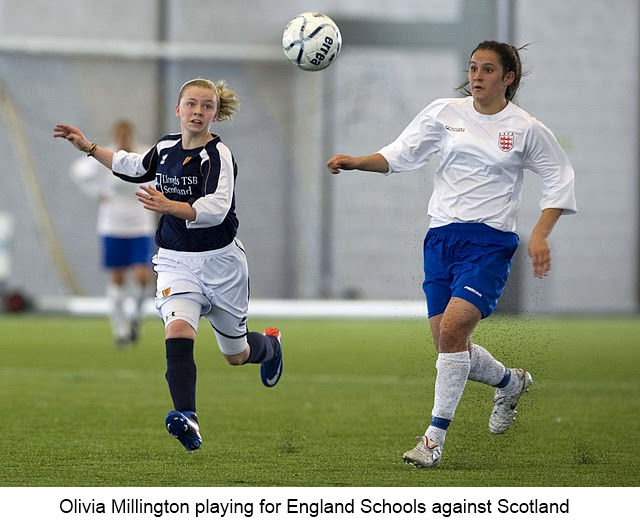 For the second year running Preston North End have contributed players to the English Schools FA Under 15s Squad. This season Emily Marsh joined up with the rest of the England Squad to compete in the Bob Lord Trophy against other Home Nation Countries between 2 April – 5 April 2012 and against Scotland for the Lloyds TSB Trophy at the Toryglen Centre in Glasgow on 21 April 2012.

Last season Olivia Millington from our Under 15s in season 2010 – 2011 represented England Schools FA Under 15s in their first ever International in the Lloyds TSB Cup in Glasgow fittingly on St Georges Day, 23 April 2011. England ran out comfortable 3 -1 winners on this occasion.

Once again this demonstrates the quality of the coaching and development of our players in our Club where talent is harnessed and developed to its potential.

Please get in touch if you think you’ve got what it takes to take your game to the next level.