Some of our Under 15’s and Under 16’s represented their school, Our Ladys Catholic High School, recently by attending an event hosted by Sky Sports at Cowley International College in St Helens, and run by the Football League Trust.

The players represented Preston with other schools representing Liverpool, Everton and Tranmere Rovers. The girls participated in a training session which was run by Liverpool FC coaches and played some small sided fixtures.

The girls were a little star struck as England and Liverpool players Fara Williams and Natasha Dowie were there showing their support for the continuing rise in girls football, along with the Women’s Super League Trophy.

Sky sports were there as well as BBC, ITV and FATV. The feature will be used by FATV before the England V Germany women’s game on 23rd November. 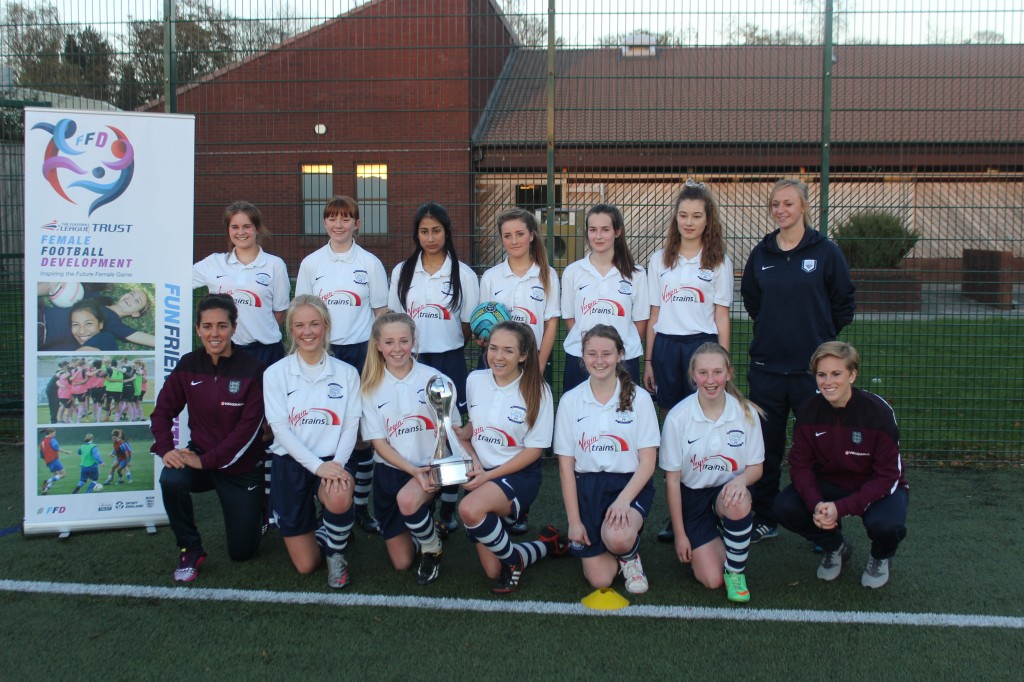