Despite an early setback losing 1-0 v Lostock Hall, we won our next 2 games and still topped the group stages progressing through to the semi-finals after playing some great football and building upon some initial mistakes.

After dispatching home our old adversary, Mersey Rail Yellows 1-0 in the semi-final (who we recently played in the final of the Wigan Tournament a few weeks earlier) we progressed to the final against Crosby Stuart, who had gone through on penalties beating the Lostock Hall team.

PNE heads sunk as we conceded a sucker punch of a goal. A cruel deflection slowly trickled in to the bottom corner of our goal, a couple of minutes before half time giving us just 6 minutes in the second half to rally and find an equaliser.

As PNE began to take a hold of the second half, our chance came from a brilliantly worked counter-attack. Macy confidently regained possession against our goal line and took the ball wide around two Croston players, playing a long ball down the left line to link up with Olivia who again circumnavigated the two Crosby defenders and scored!.

Full-time took us to penalties but unfortunately it wasn’t our day and we lost in the penalty shootout. The girls were still happy with individual Runner Up Trophies to take home, in what was a great and exciting day out!

Thanks to all parents and players who showed exemplary behaviour and were a credit to the Club. 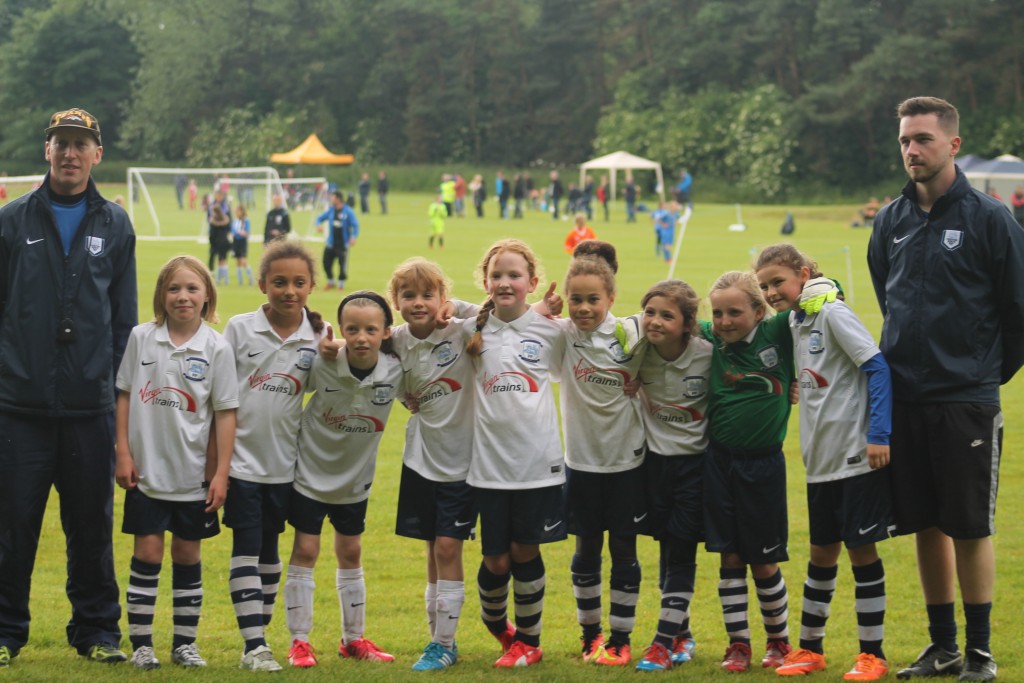