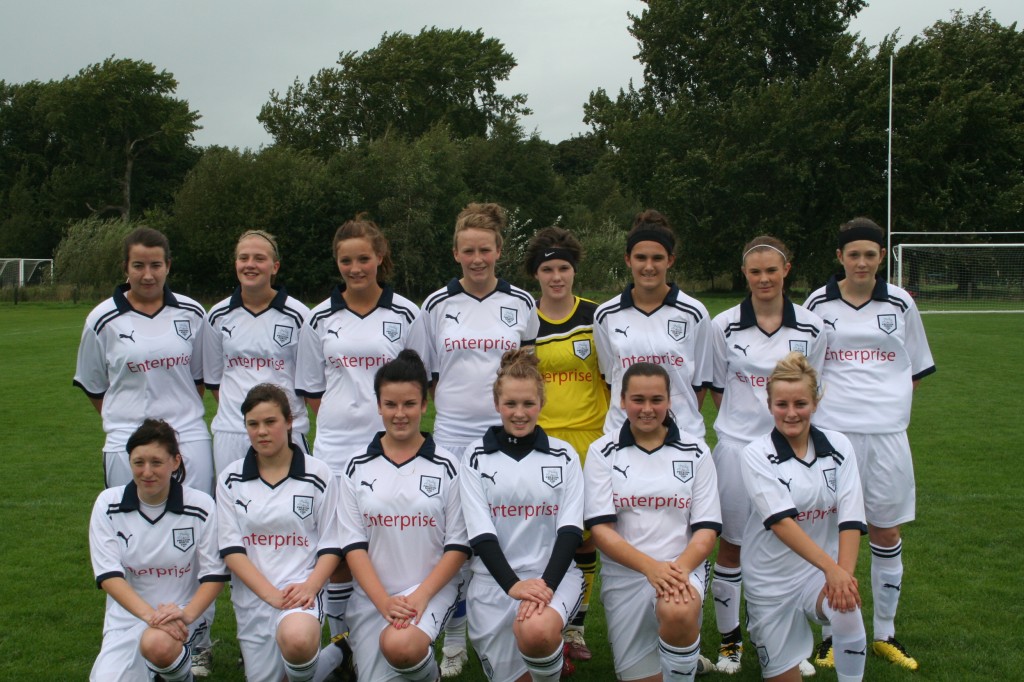 Our class of 1995 – 1996 rounded off an incredible final season with our Club in spectacular fashion.

Not only did last season’s Under 16s girls enjoy an amazing trip out to Dallas, Texas, USA to compete in the Dallas International Girls Cup in April 2012 but they also went undefeated in the West Lancashire Girls League Under 18 Youth Division to win the league against opposition two years older. If that wasn’t enough the girls then went on to win the League and Cup double when they landed the League Cup against Bolton Wanderers Under 18s in a closely fought final, 3 – 2,  just 24 hours and jet lagged after returning home from Dallas.

Several of the squad have picked up representative honours for Lancashire Schools Under 16s over the last two seasons with Olivia Millington captaining Lancashire for both seasons to become Northern Champions this season.

Five of our players were acknowledged specifically at our annual club presentation evening in May 2012 for their loyalty to the team having played continuously for the team since joining PNE as Under 10s – these players are Hannah Crook, Lucy Collins—Campbell, Hollie O’Loughlin, Emily Lupton and Olivia Millington.

Our graduates now join our Senior teams and we wish them every success as they challenge for a place in our Senior squads for the forthcoming season.