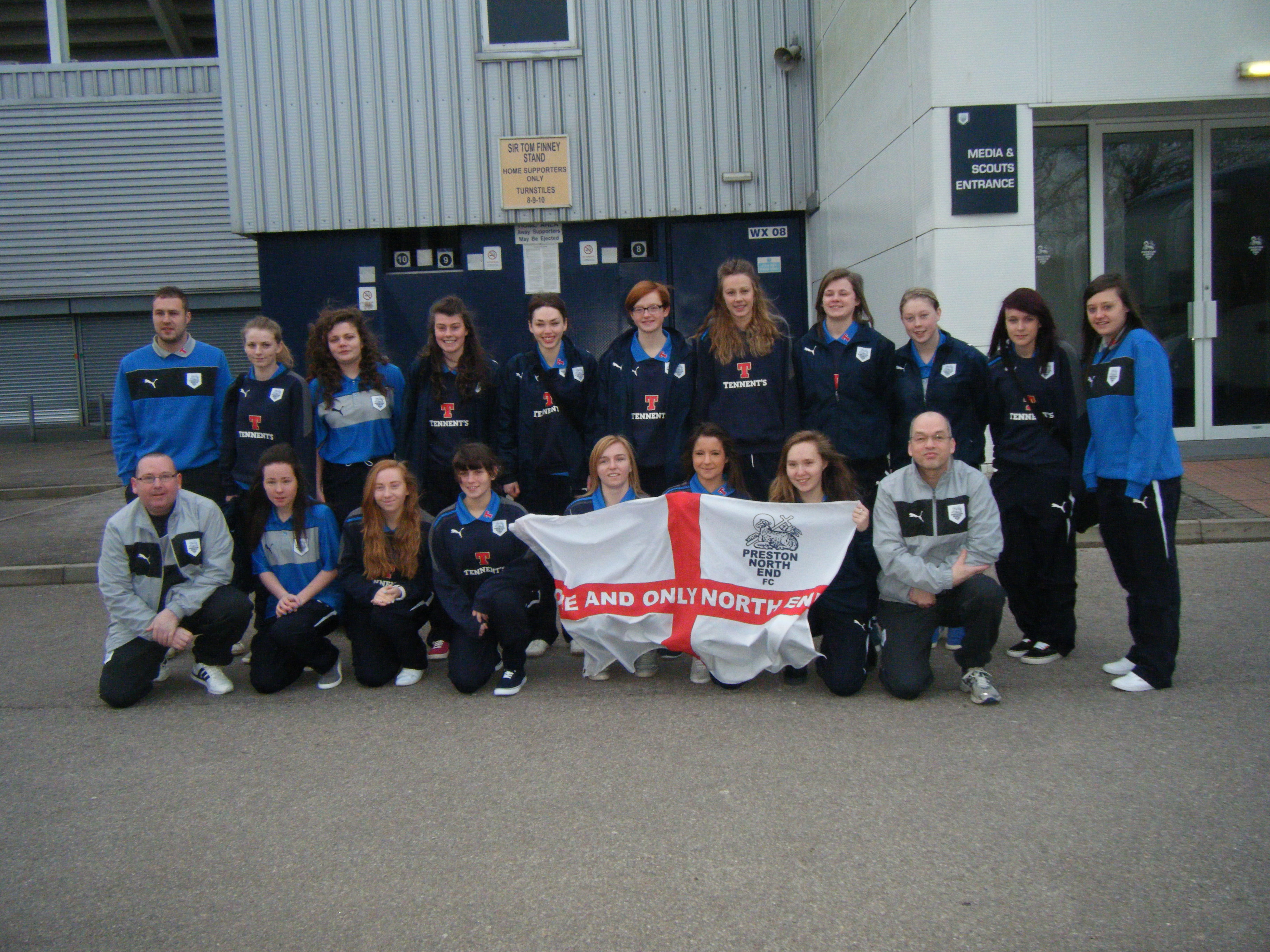 Over the last 12 months the girls have been very busy fundraising for this trip.

All the girls, management and parents would like to say a big thank everyone who has helped with the fundraising this including family members friends and local businesses.

The girls started out with a defeat to a Chicago team which won the tournament the year before.

The second game saw the girls come up against a Spirited Texas team, which they also lost.

Preston North End Girls finally found their feet in their third game by winning 3-2 in very hot conditions, to secure their first win on American soil.

North End finished of their trip with a victory against a Brighton Jets Team from Melbourne Australia. In which they played for  ” The Sir Tom Finney Trophy” This was a well-spirited match and which will set up long lasting friends with the Australians.

This Preston North End Team made history for the club by becoming the 1st North End Girls Team to win against American and Australians opposition.

Once again we would like to take this opportunity to say a BIG THANKS to everyone who supported us through our journey in getting to Dallas and the parents who came over to show their support while out there. This will be a memory all the team will treasure forever.