Game of the Week – Under 11s Wigan Athletic v PNE 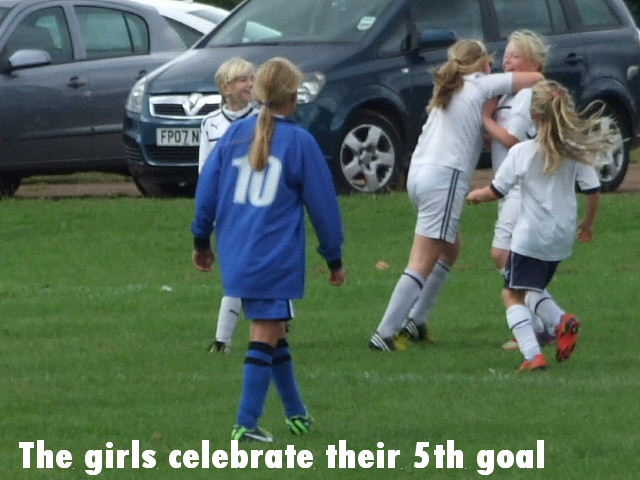 What a super start to the season for PNE U-11’s,  against Wigan, and if all their matches this season are as good as this first one there is a lot to look forward to.

Wigan started brightly, and Ellie Atherton was soon called into action, bravely diving at the feet of the Wigan forward who was clear on goal, and smothering the ball.  It was the Wigan keeper who ended the first half the busiest though, making terrific saves from great strikes by Katie Woodhead, Abi Whittle and Michaela Weyer.  On 16 minutes, however, North End finally got the break-through and their first goal of the season: Katie Woodhead played a  lovely through ball to Abi Whittle , who took the ball in her stride and knocked it past the Wigan keeper with the outside of her right boot.  An incredible double save from Ellie Atherton kept the half time score at 1-0.

The second half belonged to the North End girls, with lots of pressure and 2 goals each for Katie Woodhead and Michaela Weyer .  North End’s 5th goal came after a tremendous shot from Dana Billington was superbly tipped onto the bar by the Wigan Keeper, only for Michaela to coolly slot in the rebound. Jodie Pickering was unlucky not to also get on the score sheet, when she nipped sharply onto a short goal kick by the opponents, and hit a cracking shot that struck the bar.

The team has yet another terrier in Hanna Chlodek , who had a great league debut. Dana Billington’s speedy runs down the right and excellent crosses caused lots of problems for Wigan.  Blocks, tackles and good clearances from Lauren Tunstall and Georgia Pratten in defence, and another marvellous save by Ellie Atherton from a rocket of a left foot shot from Wigan, made sure that North End finished their first match of the season with a clean sheet.   A fantastic all-round performance. 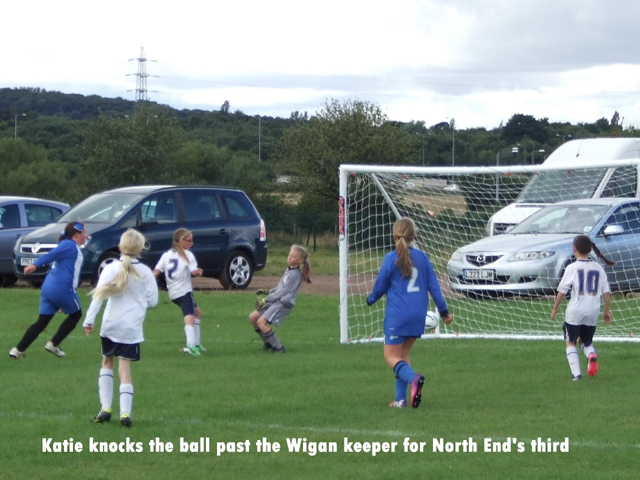 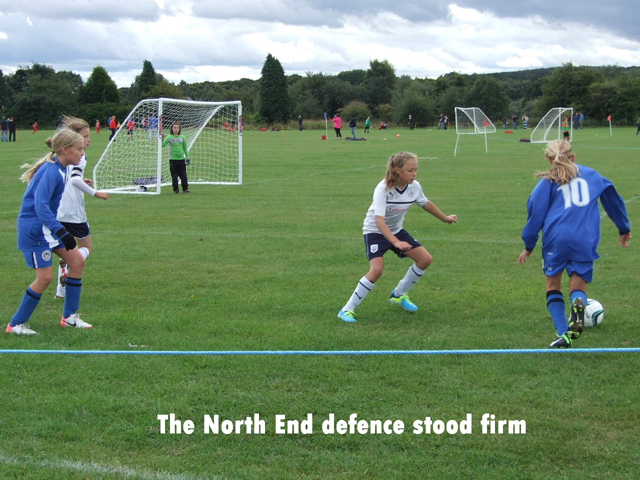 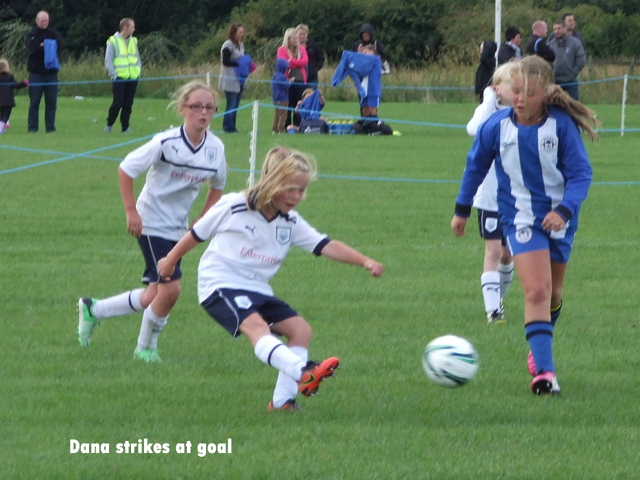