An excellent all round team performance and a four goal first half blitz ensured that the North End U-13’s girls opened their 2015-16 season with a victory in the September sunshine on their quality home pitch.

North End dominated the play so much, and Michaela and Georgia H. were so solid in defence, that it was 20 minutes before Formby had their first attempt on goal. Before that, Georgia P. had opened the scoring, linking well with Tahnee and drilling home the return ball. Lara and Tahnee were outstanding in midfield on their league debuts for PNE, covering every blade of grass. Tahnee scored the second goal on 23 minutes, receiving a superb long ball from Ellis and then cutting in with the ball from the right and finishing neatly with a delicate chip past the keeper. Maisie had to make a great save with her legs from a Formby break, before North End further consolidated their lead : Lara who had already come close with two cracking long range shots, scored with a thunderbolt from 25 yards out, and a minute later Tahnee made it 4-0 with another blast from almost exactly the same spot. Megan was unlucky not to score on the stroke of half time when, after she had worked herself into a good shooting position on the left, her fierce shot was well saved down at the post by the Formby goalie.

North End started the second half in the same way, continuing to threaten the Formby goal. Both Tahnee and Sophie went just wide with shots, Ellis had one well saved, and then Tahnee hit the woodwork. Sophie played a lovely through ball to Georgia P. for another chance, before Ellis made it five with a beautiful floating shot from the right side edge of the box. Playing without subs today, the North end girls were beginning to tire, and Formby were creating chances of their own. Maisie made a tremendous save, tipping a scorching shot over the bar. A free kick on the edge of the North End box was headed out by Lara, but the danger wasn’t cleared from the resulting corner, and Formby pulled back a deserved consolation goal. 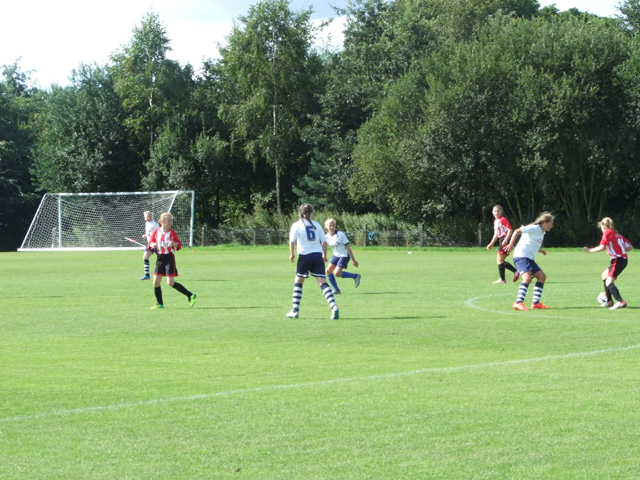 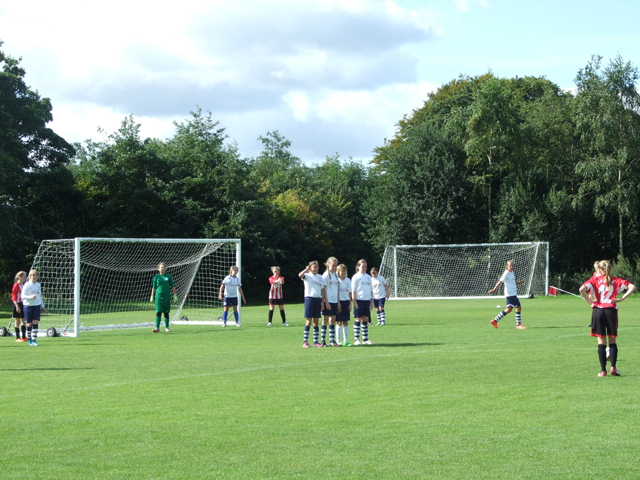 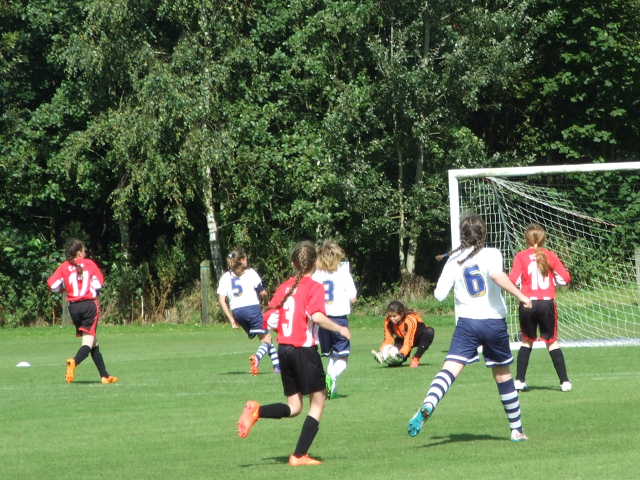 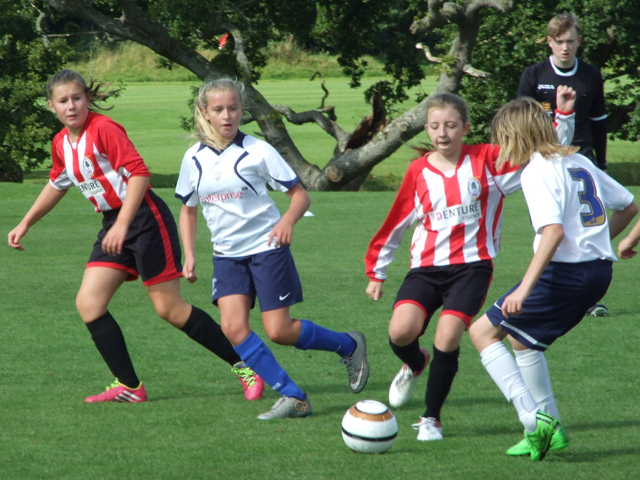 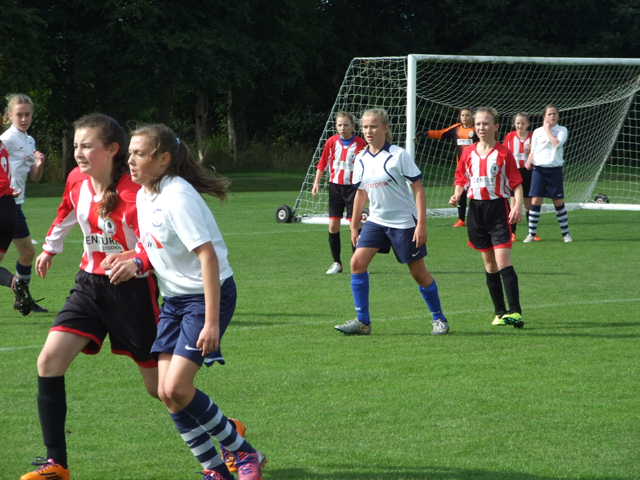 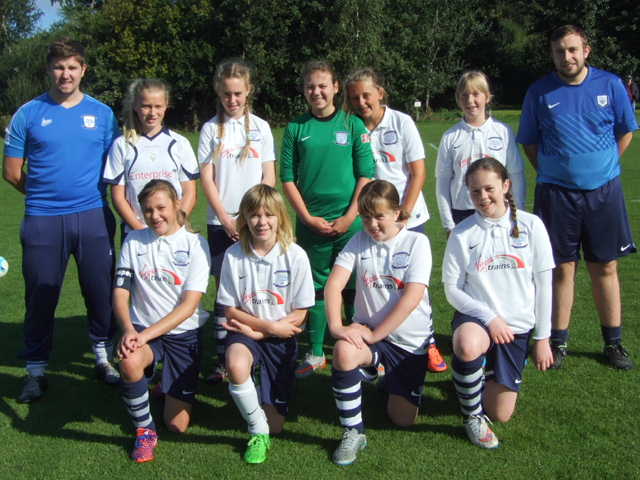 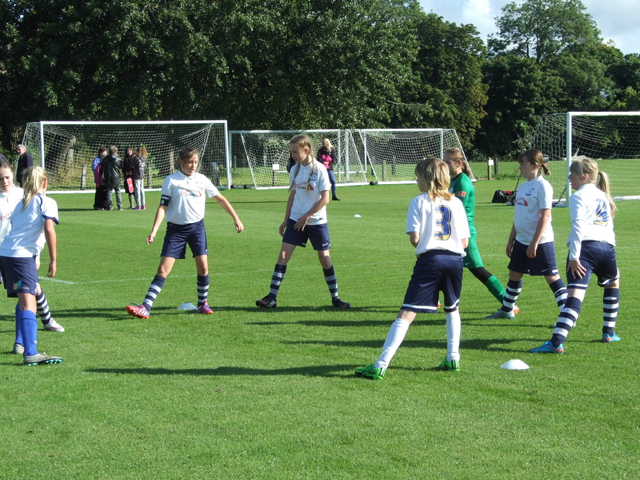